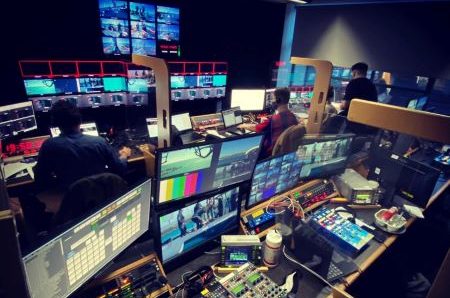 “April 2021 saw Timeline TV have one of its busiest weekends ever as it worked simultaneously on Formula E, Sail GP, Premier League, National League, Women’s Super League and the Women’s Six Nations coverage.”

“The base for the big weekend of sport (24-25 April) was split between Timeline’s Ealing broadcast centre and BT Sport’s Stratford production hub and involved a combination of completely remote production, decentralised production, and traditional OB, the latter involving all the vehicles in Timeline’s fleet, and connectivity ranging from 4G mobile contribution and internet to satellite and dedicated full-fibre.”

“’We had three large scale remote productions in our Ealing Broadcast Centre all happening at the same time,’ says Daniel McDonnell, Managing Director at Timeline TV. ‘They were all slightly different in their approaches, but it’s a clear indication of the way that the industry is moving.'”

Read the entire article by clicking on the image below: 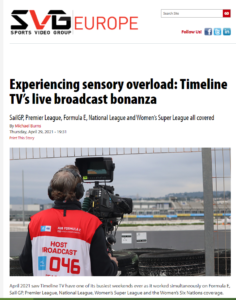